Bello Turji leader of the dreaded Bandits group operating within the North west region Narrowly Escaped Death as Many of his Group Members were neutralized by Nigerian Troop.

Given the recent charge from the Chief of Defence Staff Gen Irabor, ordering troops to deal with all unscrupulous elements of insecurity. The  Nigerian Army and Air Force Support Lunched A Massive Attack On Gundumi Forest In Isa Local Government Of Sokoto State neutralizing over 15 Bandits while other escape with gun shot wounds it was gathered that Bello Turji having known the terrain so well was able to escape the onslaught while some of his men were neutralized. 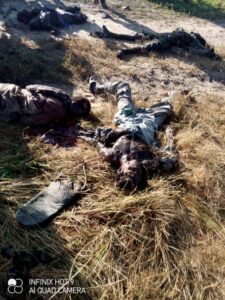 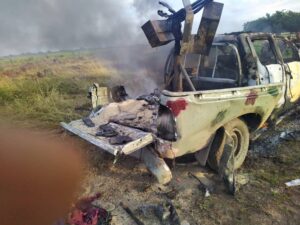 Jubilation as Nigerian Troops Reopens Damasak Market after 7 years of shutdown due to insurgency.

Terrorism: Ansaru The Weapons of al Qaeda in Nigeria Resurfaces?