The Nigerian Defence Headquarters said on Thursday it was not its responsibility to expose sponsors of the Boko Haram sect.

The Coordinator of Defence Media Operations, Major Gen. John Enenche, who disclosed this at a media briefing in Abuja, said although the army was aware that some groups were behind Boko Haram, it was not its responsibility to expose the sponsors of the terror group.

Boko Haram and its splinter group, the Islamic State in West African Province (ISWAP), had killed thousands of people and displaced over one million others since the group launched its jihad war in Nigeria in 2009.

According to the media coordinator, the task of identifying the individuals or groups sponsoring the terror group rests squarely with the National Intelligence Agency (NIA) and the Department of State Services (DSS).

He said: “The kind of weapons these terrorists are using like the gun truck and other sophisticated weapons are expensive and how much are they stealing to procure those arms, that is to say that they are sponsored and heavily funded.

“But like I said, it is not the duty of the military to uncover the sponsors. Our duty is to remain in the frontline and defeat terrorism and other criminalities and that is what we are doing.

“We have the National Intelligence Agency (NIA) and the Department of State Security (DSS). It is their responsibility to gather intelligence on the sponsors of the terrorists and not the military.”

Share using
Tags
Department of State Services Islamic State in West African Province Major Gen. John Enenche National Intelligence Agency
admin Follow on Twitter Send an email July 3, 2020
45
If you like our work, you can buy us a coffee 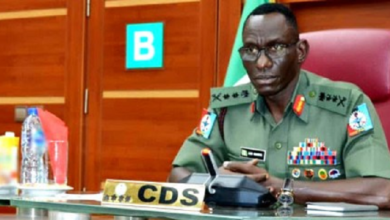 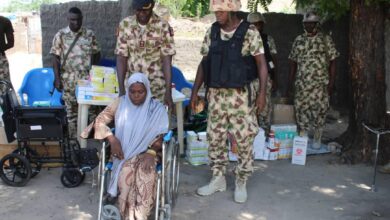