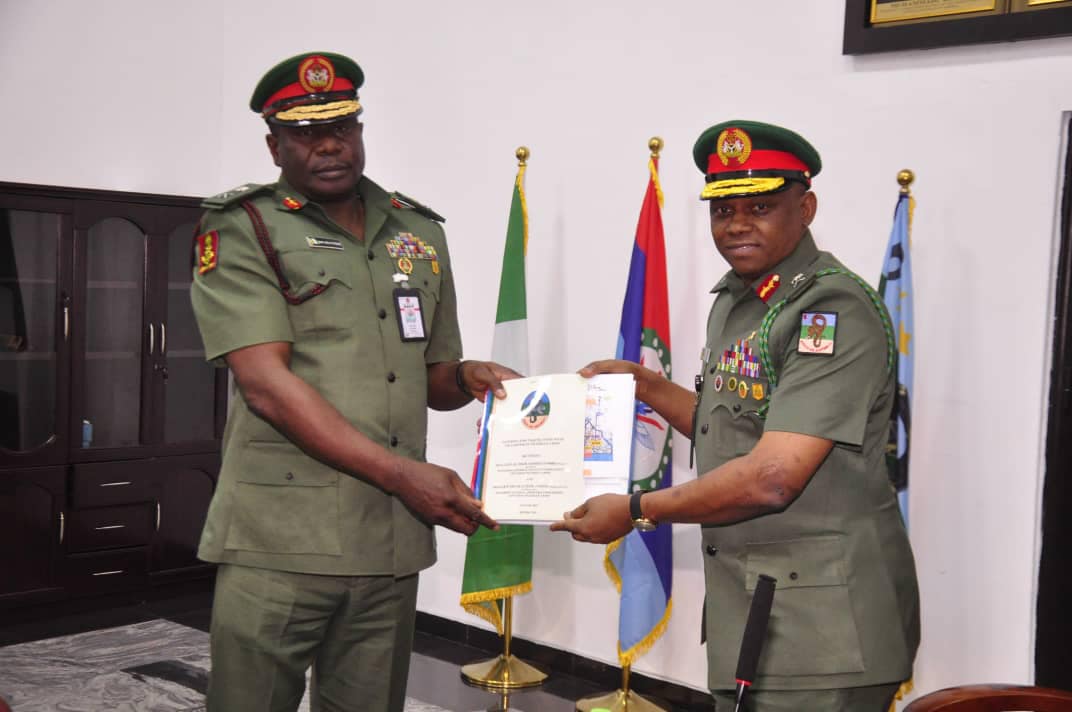 The Handing and Taking over command took place on Monday 17 January 2022 between the outgoing General Officer Commanding and Land Component Commander Operation Delta Safe Maj Gen Sani Mohammed and Maj Gen Olufemi Oluyede the incoming. In his farewell speech, Maj Gen Sani Mohammed applauded the commanders under him saying it was a pleasure working with them. He urged the officers to work hard and do their best in supporting the new GOC to ensure that the vision of the Division is achieved.
Speaking after taking over, the new GOC thanked God for giving him the privilege to serve in 6 Division as he solicited for cooperation and commitment from Commanders of the Division to enable him succeed in his newly assigned tasks. Present at the event include Bde Commanders and Senior Officers of 6 Division Affiliated Formations and Units.
Highlights of the ceremony includes the signing of the Handing and Taking over notes, decoration of the new GOC with the Division’s insignia, handing over of the command flag by the outgoing GOC to his successor and inspection of Quarter Guard.
Share using
Tags
Land Component Commander Operation Delta Safe Maj Gen Olufemi Oluyede Maj Gen Sani Mohammed
admin Follow on Twitter Send an email January 19, 2022
1,560
If you like our work, you can buy us a coffee

Murder is Haram: Contrary to claims by ISWAP that it does not attack children and vulnerable persons.