In a press statement titled “PLANNED PROTEST BY MEMBERS OF ISLAMIC MOVEMENT OF NIGERIA” issued by the Military Information Officer of Operation SAFE HAVEN Major ISHAKU TAKWA, the Nigerian Military sighted fragile security situation of states for IMN to shelve its planned protest. The statement reads below

The protest which is planned to hold nationwide including Plateau State is scheduled for Friday 20 August 2021. The protest, according to the report is due to the health challenges of its leader Sheik Ibrahim El Zakzaki.

While acknowledging the rights of individuals and groups to hold peaceful protests or processions. It is however instructive to note that the fragile security situation on the Plateau is currently not conducive for such activities. Besides, the intelligence reports available further reveals plans by hoodlums and miscreants to hijack the protest and cause mayhem in Jos Metropolis and its environs.

Operation SAFE HAVEN is therefore committed to the total restoration of peace on the Plateau and is working closely with the State Government, critical stakeholders such as traditional, religious leaders and law abiding citizens to achieve this mandate.

Kndly disseminate to the public through your medium. Thank you for your usual cooperation. 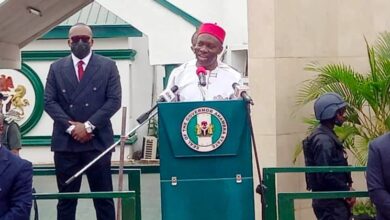