The President of the Nigerian Army Officers’ Wives Association (NAOWA) Mrs Salamatu Faruk Yahaya was at the Headquarters Joint Task Force North East Operation HADIN KAI (JTF NE OPHK) to cheer officers and men, those wounded in action in the Theatre as well as providing palliatives to the widows of military personnel in Maiduguri.

On arrival, the NAOWA President was treated to a grand reception and dinner organised by both Headquarters JTF OPHK and 7 Division at the Maimalari Cantonment Officers’ Mess. Mrs Salamatu Yahaya who was thrilled with series of activities lined up at the reception, she said the efforts of all officers and men of OPHK deserves a standing ovation, accolades and appreciation for their selfless efforts and sacrifices in the fight against insurgency and for keeping the nation in one piece. 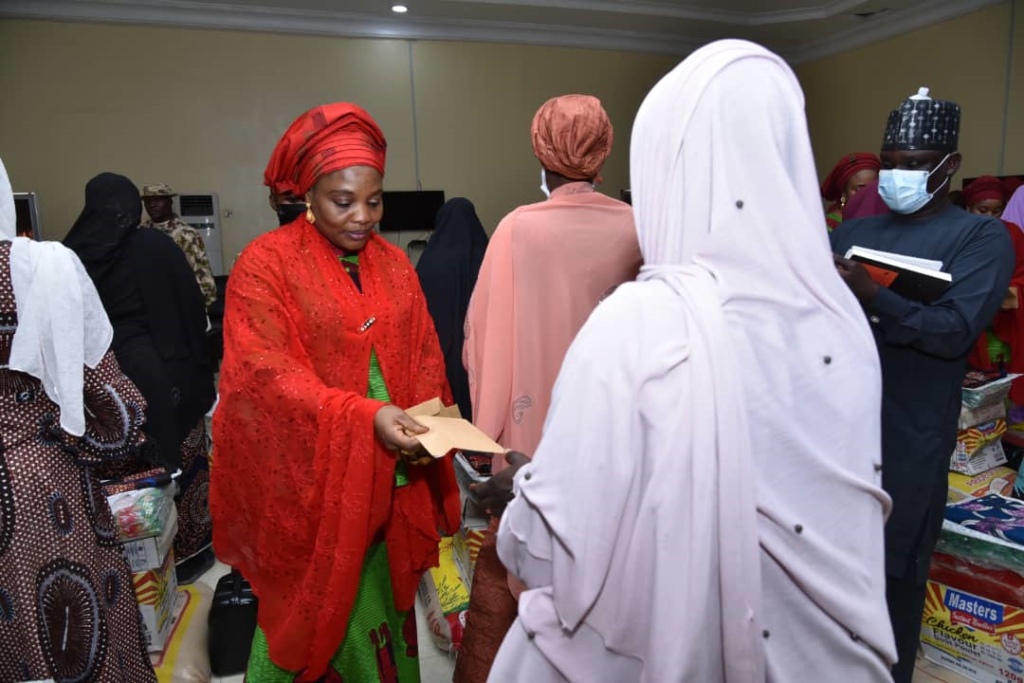 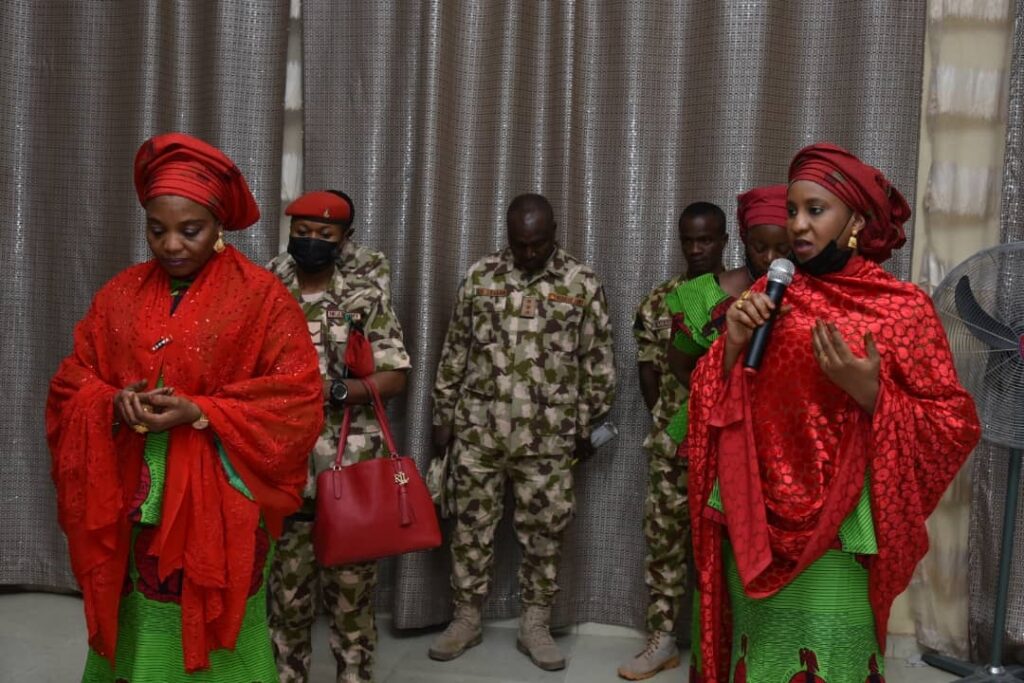 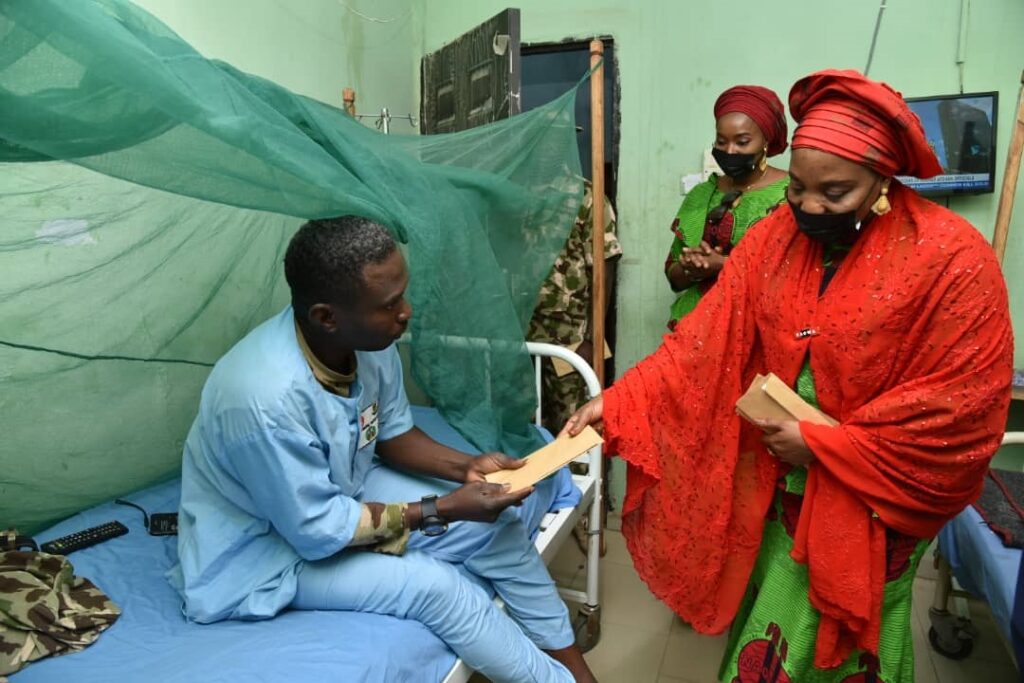 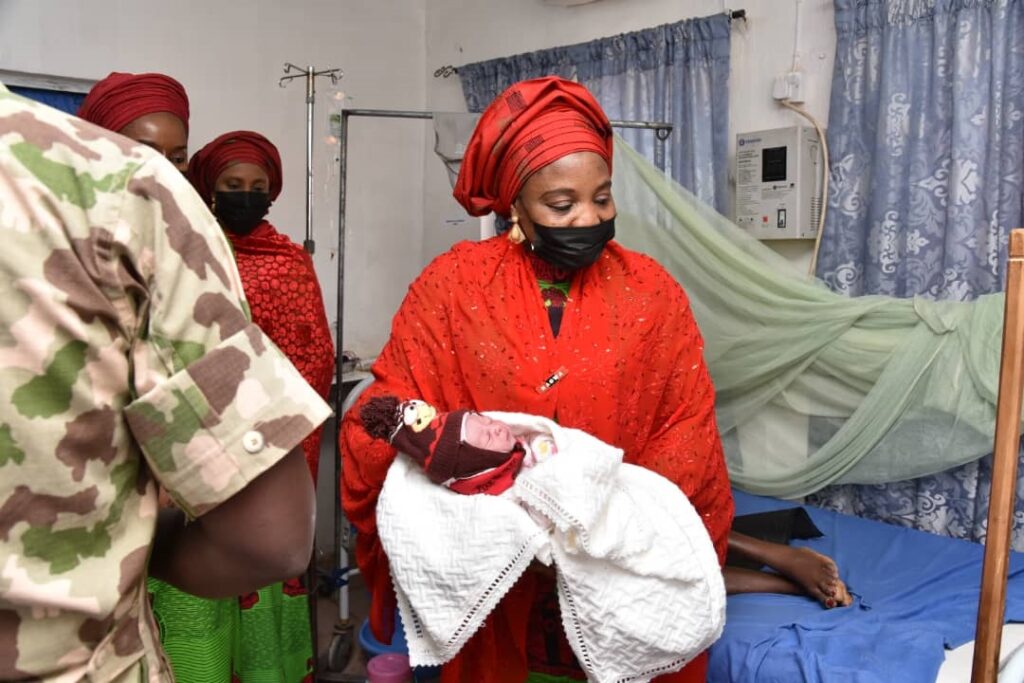 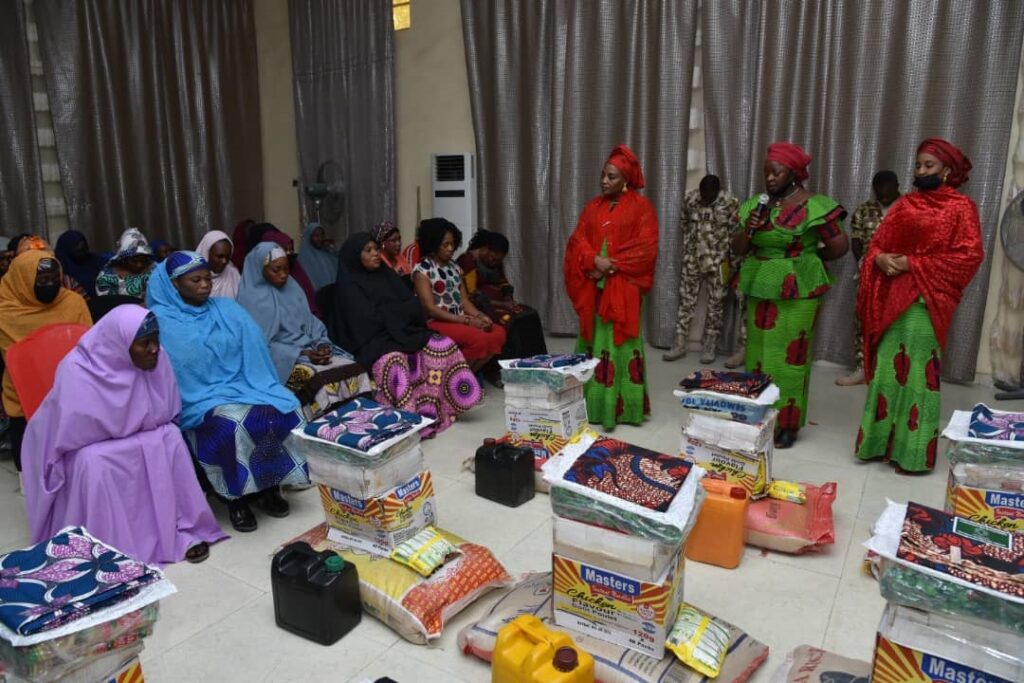 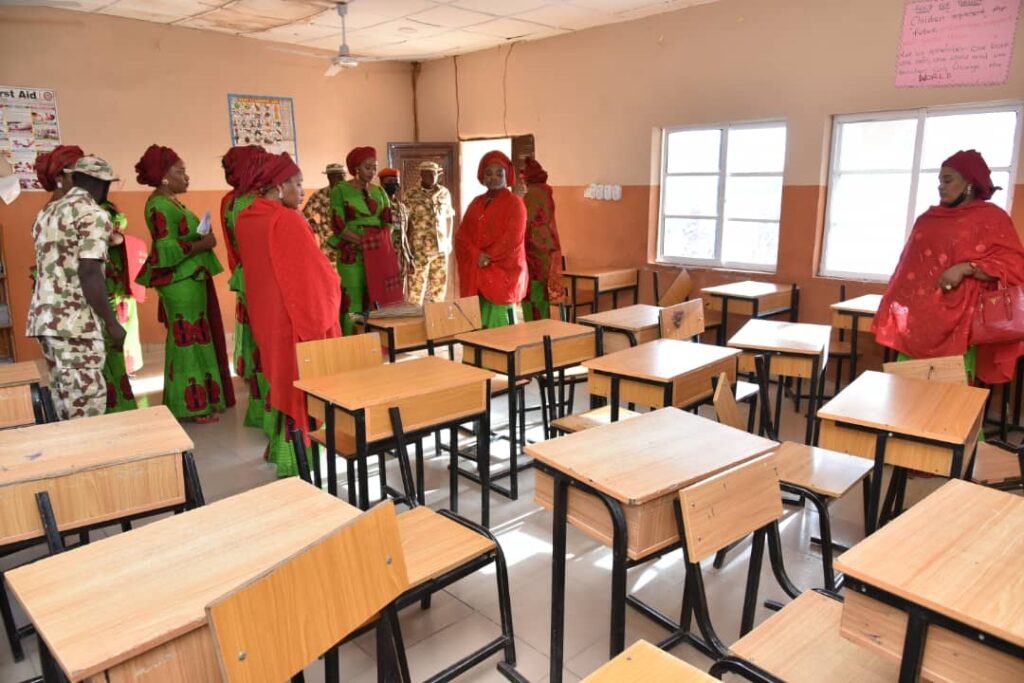 Earlier in his remarks, the Theatre Commander OPHK, Major General CG Musa said it is a great pleasure and honour to have the presence of the wife of the Chief or Army Staff in the Theatre. Adding that her coming is highly appreciated and it is an opportunity for officers and men of OPHK to register their immense appreciation to the COAS for his untiring commitment, efforts and concern for OPHK especially with supply of the current hardwires in the theatre.

While delivering the opening address at the occasion, the General Officer Commanding 7 Division Major General Waidi Shaibu warmly welcomed the National President and her entourage to the theatre and expressed delight over the rare privilege to host her in the theatre barely few weeks of assuming command of the Division.

In the same vein, the NAOWA President paid a courtesy visit to the Theatre Commander JTF OPHK Major General CG Musa at the Military Command and Control Centre, Maimalari Cantonment. She expressed delight over the warm reception accorded her and her entourage despite the short notice. In her words during the visit, the NAOWA President said “NAOWA evolved as an all-female association that seeks to promote bonding and solidarity amongst wives of the military officers”, adding that ” NAOWA provides succour to the people in need in the Barracks and indeed to others in the larger society.

She also used the occasion to offer special prayers to all officers and men of the Nigerian Military involved in the fight against insurgency, sought God’s guidance and protection in all spheres of the various operations across the country and wish the military unparalleled success in all its operational activities against the enemies of the nation.

Also, during visit the President and her entourage took a tour to 7 Division Medical Services and Hospital to visit the sick and wounded in action troops recuperating at the facility. While sympathising with them over their plight, she appreciated their sacrifices and prayed for their quick recovery. In a show of appreciation and encouragement, Mrs Salamatu gave them relief items.

The NAOWA President further proceeded to Maimalari Cantonment Officers’ Mess where she distributed palliative to 100 widows of personnel in Operation HADIN KAI. Before the distribution of the items, she consoled and encouraged them over their loss and urged them to keep hope alive as the association will continue to do its best in providing them with basic equipment for skills acquisition in other to assuage their living condition. She also called for special prayers which were offered for the repose of the souls of the departed Fallen Heroes.

Mrs Salamatu F Yahaya ended the visit with a tour of NAOWA Nursery and Primary School Maimalari Cantonment, where she inspected ongoing projects at the facility which include the NAOWA Secretariate and Wellness Centre, a block of 3 classrooms amongst others.

Share using
Tags
Major General CG Musa Military Command and Control Centre OPERATION HADIN KAI
admin Follow on Twitter Send an email February 3, 2022
1,007
If you like our work, you can buy us a coffee

BREAKING NEW: I WANT TO BE THE NEXT NIGERIAN PRESIDENT BY 2023 - PETER OBI