At the instance of His Excellency, the Distinguished Senator Hope Uzodimma, Imo State Government led by the Chief of Staff, Barr. Nnamdi Anyaehi paid a visit at the Isieke Junction of Awo-omamma for on the spot assessment of the ugly incident which took place yesterday.
Preliminary investigation revealed unprincipled practice from both the villagers and the Military personnel. While the incident remains regrettable and condemnable, the Governor has called for calmness as the root cause of the incident is being unraveled. 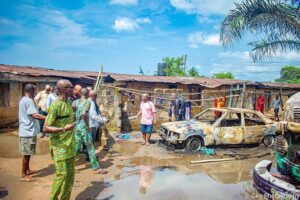 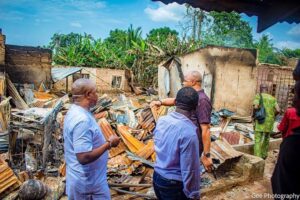 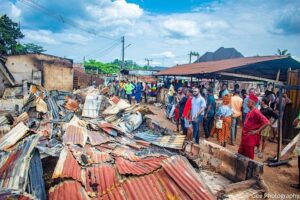 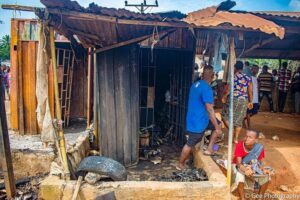 His Excellency has ordered for an immediate investigation into the incident, promising to ameliorate the loss as recorded by the community. While acknowledging the contributions of our security agencies in the fight against insurgency in the region, the Government would appreciate professional conduct from the Military in this regard and as well, expect the communities to work with security agencies in flushing out criminal elements within their residence. The Chief of Staff was accompanied by the SA to the Governor on Youth Affairs, Hon. Eric Uwakwe and some Government officials.
Share using
Tags
Barr. Nnamdi Anyaehi Hon. Eric Uwakwe
admin Follow on Twitter Send an email November 25, 2021
1,029
If you like our work, you can buy us a coffee

THE HELICOPTER CARRYING INDIA’S CHIEF OF DEFENSE STAFF HAS CRASHED