The Governor of Borno State North East Nigeria, Professor Babagana Umara Zulum has commended the Multinational Joint Task Force (MNJTF) for sustaining the war against Boko Haram Terrorism and Insurgency. Professor Zulum made the assertion earlier today during a visit to the Headquarters of the MNJTF in N’Djamena, Chad.

In a speech, the Governor noted that his visit to N’Djamena is to explore avenues for coordination and collaboration with the relevant authorities in Chad, in consonance with the Regional Stabilization Strategy of the Lake Chad Basin Commission.

Continuing, the Governor lauded the commitment and focus of MNJTF Troop Contributing Countries, without which ongoing operations against Boko Haram Terrorists would have stalled. He prayed for the repose of the souls of service men and women who have paid the supreme price. 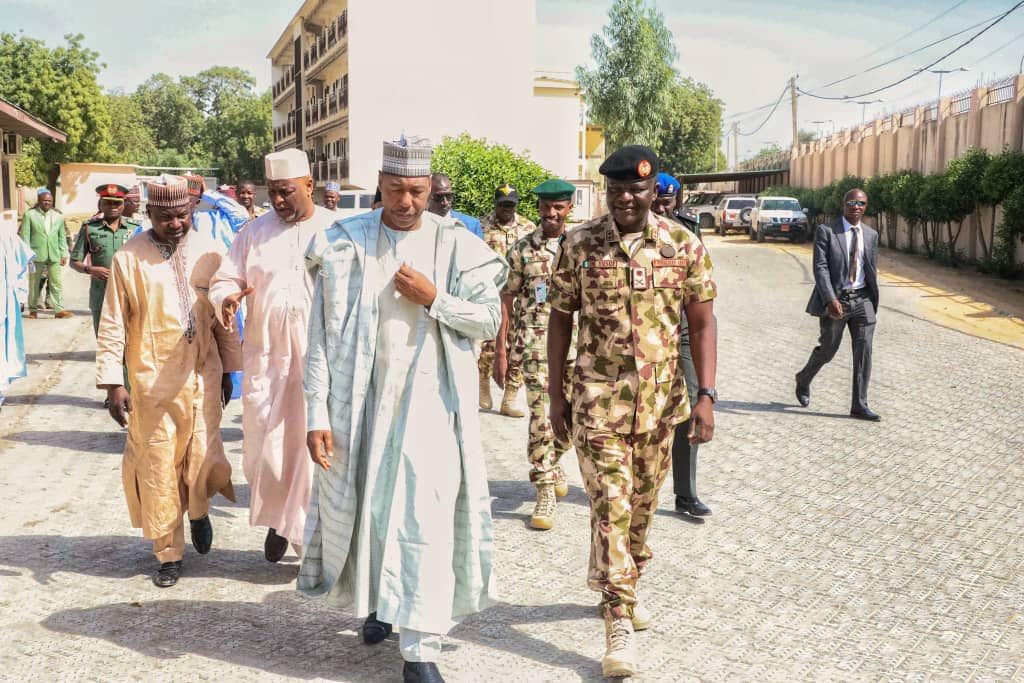 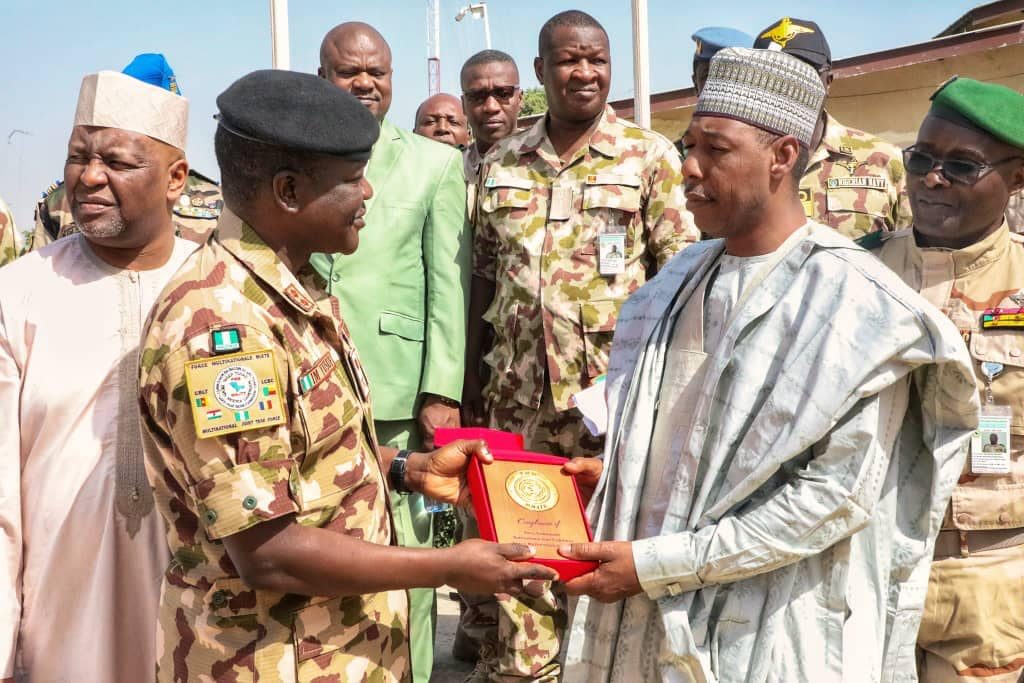 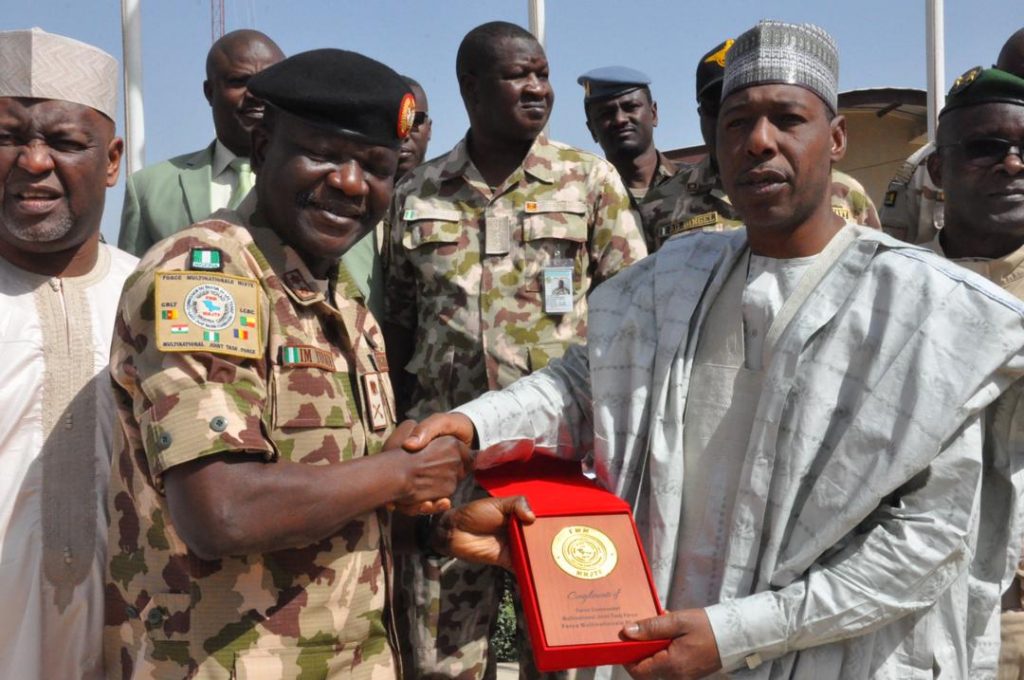 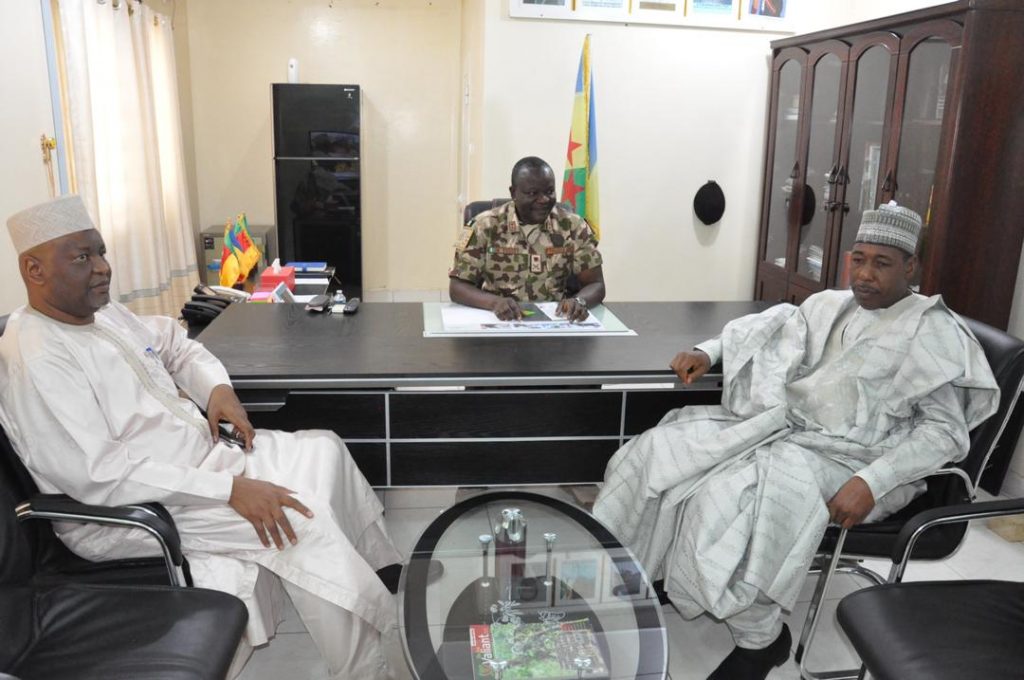 The Governor expressed satisfaction with the level of cooperation and synergy existing among Troops Contributing Countries. He pledged that the Borno State Government will continue to offer assistance to the Task Force, particularly, for the execution of Quick Impact Projects, in order to alleviate the difficulties experienced by Internally Displaced Persons and Refugees within his area of jurisdiction.

In his welcome remarks, the Force Commander, Major General Ibrahim Manu Yusuf commended the Governor for his resilience and leadership in mobilizing support for ongoing counterinsurgency operations and leading the people of Borno State at this difficult time. He assured the Governor and members of his entourage that the MNJTF will intensify offensive operations until Boko Haram Insurgency is eradicated and the Lake Chad Basin made peaceful again for the good of its people. Furthermore, the Force Commander conveyed his appreciation to the Government of Nigeria for the continued support to the Task Force.

The Governor was accompanied in the visit by the Ambassador of Nigeria to Chad, His Excellency Zanna Umaru Bukar – Kolo, the Secretary to the State Government, Alhaji Usman Shuwa, as well as some legislators and State Commissioners.

Earlier, the Governor and members of his entourage visited the Executive Secretary of the Lake Chad Basin Commission and Head of Mission MNJTF, His Excellency, Ambassador Mamman Nuhu in his office.

Please, disseminate this information to the general public.

BREAKING NEWS: we shot down the plane 'unintentionally' - IRAN