Peter Obi is a good man, one of the best presidential materials. But the hard truth is, no South Easterner can win a presidential election in Nigeria without the support of Northern Nigeria. This is not a curse, it is a statistical fact. If the majority of the good Igbos out there and Peter Obi’s campaign team wants him to win the election, lets them do the following, it is not going to be a rocket science: 👇👇

2. Buy Radio airtime in major Radio stations in the North where Peter’s translated speeches, interviews and his campaign menifestos will be played on a daily or weekly basis.

3. BBC Hausa and VOA Hausa are very vital. Get in touch with them to be granting regular interviews with powerful influential northerners to be appointed as Peter Obi’s campaign Directors in the north. Engage other International radio stations such as Radio Deutch Welle (DW) and Radio Beijing with considerable number of Hausa and Fulfulde listenership.

5. Create physical presence through liason offices in key Northern cities. These offices should be functional and be effectively engaging grassroot political formations from wards, to LGAs and states levels to propagate the message of a new Nigeria through Peter Obi.

6. A powerful Northern Nigerian Vice President should be selected from Kano, Kaduna or Katsina – the super 3 Ks in terms of number of eligible voters.

7. Create a Shadow Cabinet with Shadow Ministers..
A Shadow cabinet doesn’t have executive power since they are only executive members of government in waiting. Distribute key Shadow Ministries to the 3 Ks. This will create a deep effect in the political conversation in the North. The Shadow Ministers will operate just like normal Ministers, they should be given official cars and their job will include to criticize the original Ministers in the current administration – offering a better alternative to the unsolved problems of the current cabinet. Shadow cabinets are powerful opposition tools. This alone could place Labour Party as the main opposition party displacing PDP which is almost on its way to the grave.

8. The North is Nigeria’s most politically conscious region. We don’t vote money, we vote interest. Protect Northern interest in Nigeria while ensuring a balance in the South.

9. Supporters of Peter Obi MUST TRY as much as possible to avoid getting into Social Media wars and confrontations with Northern Nigerians. Stop the subs…. Northerners are your partner in constructing the new Nigeria. I’ve always maintained that the North is not in enmity with the South. Some evil politicians created a fake division. Peter Obi must expose that division and seek to be a unifier. Supporters of Peter Obi must have at least 10 or more influential Northerners who are partners in the rescue Nigeria project.

10. Avoid religious misunderstandings. Respect each other’s religious opinions. Religion should never be part of politics. It was some evil politicians that brings in religion into Nigeria politics for their personal selfish interests.

11. Protect northerners and their businesses in the south and vice versa. Extend friendly hands to make the south, especially SE a safe haven for northerners.

As a Northerner who believed in justice, equity and fairness, and who is well informed about the good intentions of Mr Peter Obi, I’m convinced that when given the opportunity and with the right and selfless people in his government, we will see the birth of the new Nigeria we are all dreaming of. Let’s give South East this opportunity, I will volunteer to be part of Peter Obi’s team in the north.

Peter Obi is smart, focused and one of the best presidential candidates. But would his campaign team and kinsmen agrees to and implement the above quick wins campaign strategies I outlined? Let’s gets this message across many platforms until Peter Obi and his campaign team come across it!!!! 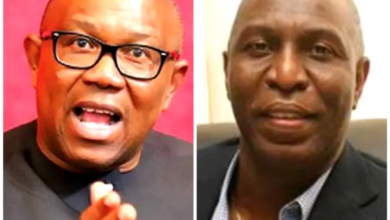 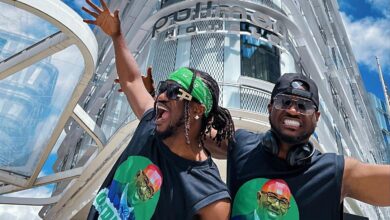 You are the vessel, not the potter!! #Obidients fires back at Peter Obi’s appeal for civility

May 29, 2022
Check Also
Close
Kindly Follow Us To Support Our Course