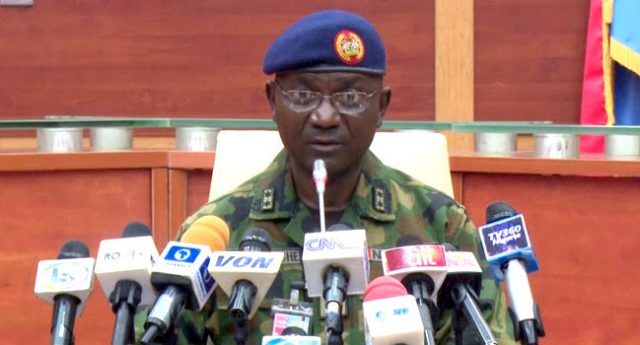 1. Sequel to the official commencement of Operation SAHEL SANITY in July 2020 as part of activities of the Nigerian Army Day Celebration 2020, at the Nigerian Army Special Super Camp IV Faskari in Katsina State, the Operation has in no small measure affected the economic life of the people of the North West zone of the country positively. The operation was aimed at supporting Operation HADARIN DAJI to stem the tide of the activities of armed bandits, cattle rustlers, kidnappers, incessant killings and other sundry crimes in the zone. These acts of criminalities orchestrated by the bandits has been curbed and reduced to its lowest ebb, thanks to the relentless efforts of the troops of Operation SAHEL SANITY. There is no gainsaying that the hitherto crippled agricultural, social and economic lives of the people of this zone by bandits activities has been restored to normalcy.

2. The above assertion was corroborated during the visits of the Chairmen of the Committees on Army in the National Assembly, Executive Governors and a host of prominent Traditional Rulers from the North West zone of the country during their official visits to the Headquarters of Operation SAHEL SANITY at the Nigerian Army Special Super Camp IV Faskari Katsina State from 7-14 August 2020. During the visits, they louded the efforts of the Nigerian Army in their quest to rout out all forms of criminality in the zone. They attested to the fact that normal life has indeed returned to the zone as farming, economic and social life of the people are being carried out without any form of hindrance and molestation by criminal elements.

3. The tremendous successes achieved since the operation started could not have been possible without the sacrifice, commitment and gallantry exhibited by the professional soldiers of the Nigerian Army, some of whom have paid the supreme price within the period under review. The gallant troops of Operation SAHEL SANITY within this period carried out series of clearance operations, ambushes and other aggressive and confidence building patrols. Also farm and highway patrols were carried out within Sokoto, Katsina, Kaduna, Kebbi and Zamfara States thus boosting the confidence of the people in carrying out their daily activities. These operations have most importantly led to the rescue of kidnapped victims, recovery of rustled cattle, arrest of suspected armed bandits and their collaborators, smashing of local and international illegal arms syndicates and illegal armed miners. Furthermore, there were recoveries of large cache of arms and ammunition as well as recovery of motorcycles and dislocation of bandits logistics network within the period.

4. So far, in all the operations conducted, 100 armed bandits were neutralized, a total of 3,984 cows, 1,627 sheep/rams and 3 Camels recovered, 148 suspected bandits and 315 illegal armed miners were arrested. Furthermore, large cache of arms and ammunition were recovered which include 43 AK47 Riffles, 1 GPMG and 100 Dane guns, 3,261 rounds of 7.62mm (special) and 151 live cartridges of ammunition. In all the search and rescue operations carried out, 107 kidnapped victims were rescued, 20 bandits informants and collaborators, 6 arms suppliers, 13 rustled cattle marketers and 32 bandits logistics suppliers were arrested. Also, a total of 81 bandit’s camps including the notorious Dangote Triangle and their logistics bases were destroyed by troops of Operation SAHEL SANITY. Relatedly 74 bandits attacks and 54 kidnap incidents were foiled by the troops.

5. The gallant troops of Operation SAHEL SANITY have continued to dominate all the volatile areas with confidence building patrols, ambushes and clearance operations to deny the bandits and other criminal elements freedom of action.

6. Consequently, the troops of Operation SAHEL SANITY are hereby commended for their gallantry, sacrifices, successes and the professionalism exhibited within the short period of Operation. They are also urged not to rest on their oars but build on the achievements recorded so far. The people of the North West zone of the country are also appreciated for their cooperation in providing credible information for the success of the operation. They are also encouraged to continue to avail the troops with actionable information that would aid the desired goal of the operation. They are further reassured of the Nigerian Army’s commitment to restore total peace in the zone and indeed the whole country.

7. The entire press family both in this zone and across the country are also appreciated for their professionalism, patriotism, commitment in our quest to restoring peace and normalcy in the North West zone of our dear country.

8. Finally, I thank you most sincerely for coming to this press briefing. I wish you all journey mercies back to your respective destinations.
God bless. 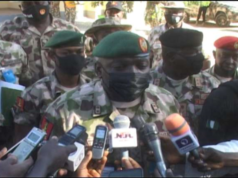 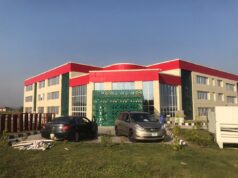 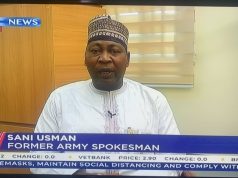 Internal Security: Troops are not resting on their oars – Gen SK Usman rtd

We are Defence and Security News Hub that provide you with latest and exclusive news within the Defence community.
Contact us: Publisher@defencetimesng.com Phone Number: +234 812 806 2057 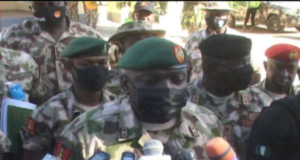